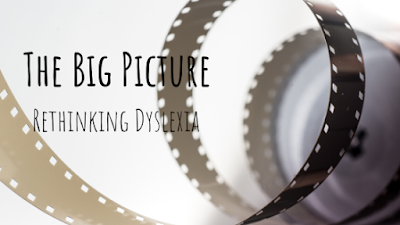 Sundance
I have always known the name Robert Redford . . . watching him in movies with my mom while I was growing up, seeing him in some adventure films when I was in high school and college, watching the Sundance Festival grow into maturity through the "newsreels" and enjoyed films after they've made a name there. I am not ordinarily a person who knows what movies are actually debuting at the Festival or, truthfully, even when the Festival is each year. I do now. The Redfords brought Dyslexia to the Festival. There's a "new" Sundance Kid: Dylan Redford, brave son of James Redford and talented grandson of Robert Redford.

Dyslexia
I grew up with family members with dyslexia. We didn't know they had dyslexia until my sister and I were both adults. All we knew was that we had a wonderful roller coaster of emotions, creativity and love. We had some quirky family members, but doesn't everyone? Amazing though, that until there was a diagnosis of dyslexia and/or ADD, we didn't seem to fully believe that we also had some brilliant selves.

I have worked with learners with dyslexia for...well, for enough years now that I know my stuff. Educating kids and communities about the gifts of non-traditional learners is not only my job, it's my passion. After my daughter was diagnosed in 1st grade, shining the light on the fact that dyslexia is not a negative thing became even more of a passion. Finding materials for her and my students that show both the challenges and the fabulous-ness that comes with a dyslexic brain can be difficult. Many of them are good and filled with important information, but they still leave a reader or viewer with a sense of pity, a sense that "if only"  . . . . that their lives would have been better in some way. Why? Because they'd be more like everyone else? The world would be a pretty boring place then.

That does not mean that all the challenges faced are necessary or even acceptable. The truth is, that no matter what, they will have challenges - challenges learning to read or remember accurately language-based concepts and/or tasks being just a few. They most certainly do not need the additional challenge of judgement or feeling inferior because their brains process language differently then expected in school settings. The only way to reduce that obstacle is through education. Good information in good places to spread the message. Thank you Dylan, James and Kyle Redford for leading the way!!


The D Word: Understanding Dyslexia skillfully explores the complex and often challenging world faced by those who have this disability.  - Sundance Film Guide,

I now know that The Sundance Film Festival is held each year, mid-January, in Utah.

I am nowhere near Utah, but this year it's been like waiting for the new Star Wars or Harry Potter for me.

Dyslexia makes a debut at The Festival:

The D Word gets an A-grade; it's an exemplary example of educational documentary filmmaking. - The Hollywood Reporter, Jan. 26, 2012

Such as review is like sharing icing on the yummiest cake imaginable, even though I won't truly get to eat a piece.

On top of that, the film utilizes a unique perspective by not just educating on the downsides of dyslexia, but also what it truly means to be dyslexic, and the creative pluses that can come from such a condition. - Film Threat Reviews, Jan. 21, 2012


As a sister, a daughter, a friend, a teacher, an advocate, and most importantly to my heart these days, a mom of someone with dyslexia, Mark Bell's review at Film Threat brings tears of joy to my eyes. It's about time! The creative pulses that most often emerge from the brains of  individuals with dyslexia are those that change our world for the better.

A New Kid In Town
I have not seen this film yet, but I have been spreading the word as much as I can. I am hoping this film will make the rounds in our area as well as on HBO. I am working to help this happen. I look forward to taking my daughter to this film so she can be proud.

I grew up with Robert Redford as an already established icon. I'm sure my mom had a poster or two with him on them at some time. I have a "poster" hanging in my work cubicle of The D-Word Movie. I have a strong feeling that in a few years, my daughter will also recognize the Redford name, but for a more personal reason. She will know that Mr. Redford "get's it". I will probably even have to ask her which Mr. Redford - and I can already hear her older voice in my head responding, "Duh. Dylan mom!". He will be her Sundance Kid.
Posted by Barto on January 30, 2012 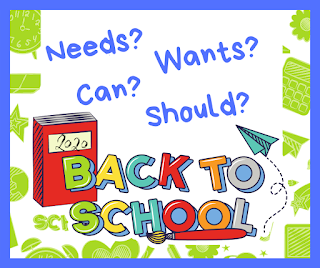